‘It’s easier for you though, you’re a positive person’

I hear this often

Yes, I am a positive person, but it doesn’t come easy,  I work at it.  Most see the surface, not the work that I put in daily 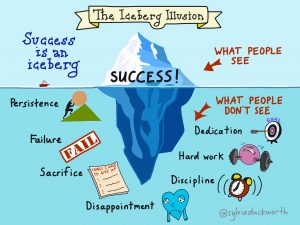 Maybe we have developed this idea from movies, when a lifetime is squeezed into 2 hours.

This is mostly every sporting movie. They make it look easy.

My work starts in the morning.  I did some research and noticed that the one thing most successful people have is a morning routine.  I struggled with this idea a couple of years ago, as I had a condition that caused me to feel fatigue, getting up for work at 7.30am was early enough.

Then the weekends were a no-go because I would need to catch up with the sleep that I had lost during the week.  Having a morning routine when my eyes opened close to midday, just didn’t seem right somehow.

Before going on to discuss my morning routine, I must add that what’s at the core of enabling me to have this in place, is healthy eating.  My energy levels have increased and has now allowed me to move onto the next level. 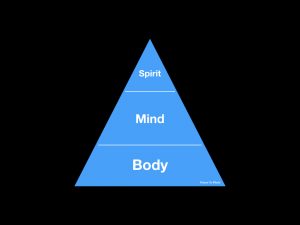 Some known benefits from a morning routine are:

– A quieter, more confident, and less anxious mindset throughout the day

I feel more awake, charged and ready for the day ahead.

Here is where it all starts for me.  Some might be chuffed that they can survive on 3/4 hours sleep, that’s great as long as they are  in check with their health state.  According to scientists, the average sleep that’s needed is between 7 – 9 hours.

I try to get to bed between 10 – 10.30 every night. I remember my Naturopathy teacher telling us, that 12am is called midnight because it is the middle of the night,  which means we should be asleep.

Another reason why it’s so important to sleep at this time, and especially not to be eating, as according to Chinese medicine between 11-1am is the Gall Bladder time and between 1am-3am is the Liver time, In order for these organs to do their work of reenergising the body we need to be at rest.

Each morning I set my alarm for 5.30am and then my morning routine starts. 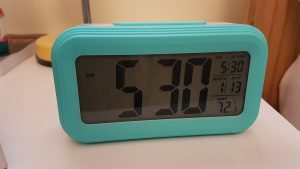 (I am only human, certain commitments mean I go to bed later which might alter my wake up time slightly.  It’s important to accept that it’s not always possible to stick to this routine everyday, and be flexible.  On these days I make sure I get at least 30 minutes of practice in.)

It doesn’t take a scientist to work out this one.  You have been sleeping for 8 hours, with no fluid. Your body has started to dehydrate.

Some mornings I wake before the alarm but others the alarm wakes me and I feel a bit dazed. First thing I do is grab a pint of water and once it’s gone I feel fresher and more focused.

It takes me 10 minutes to drink a pint of water, due to swallowing issues.  Make no excuses, if it’s the only thing you do as part of your morning routine. You can thank me later .

I have been meditating daily for close to 3 years.  I still find that my mind wonders into thought, but what I gain from the practice of bringing my focus back to the breath, is the knowledge that you can do this in any situation.  Training my mind to do this is what’s helped me to respond to things instead of reacting.

We go to the gym to gain muscles, and show off a six pack.  But we forget about our main muscle, the brain.

I’m proud of the person that I’ve become rather than the things I’ve done.  I am proud of the compassionate, kind and thoughtful person I am partly due to mindfulness practice.

I use the Headspace app,   and I meditate for 15 minutes every morning.

Back in April this year, I spent 4 days from 8.30am until 11pm, at a Tony Robbins Unleash the Power Within event in London.  I shared the amazing, energetic, life changing event with 13,000 people.

I took many things away from that weekend, and implemented them into my life which have contributed greatly to my personal development.  His morning priming is one that I have taken on board.

By ending my routine with this priming, focusing on things that I am grateful for instead of what I haven’t got, I set myself to be in a good state with clear goals to head for.

Human On Wheels is all about Tina Marie Evans and her unique brand of positivity in life.